New research from the Global Disinformation Index (GDI) and Code for Africa shows that more than half of the South African news sites in our market sample present a minimum-to-low risk of disinforming their online readers.

These findings are based on analysis of 35 English and Afrikaans-language media sites (See Figure 1), including some of the highest-traffic and most used sites in South Africa. 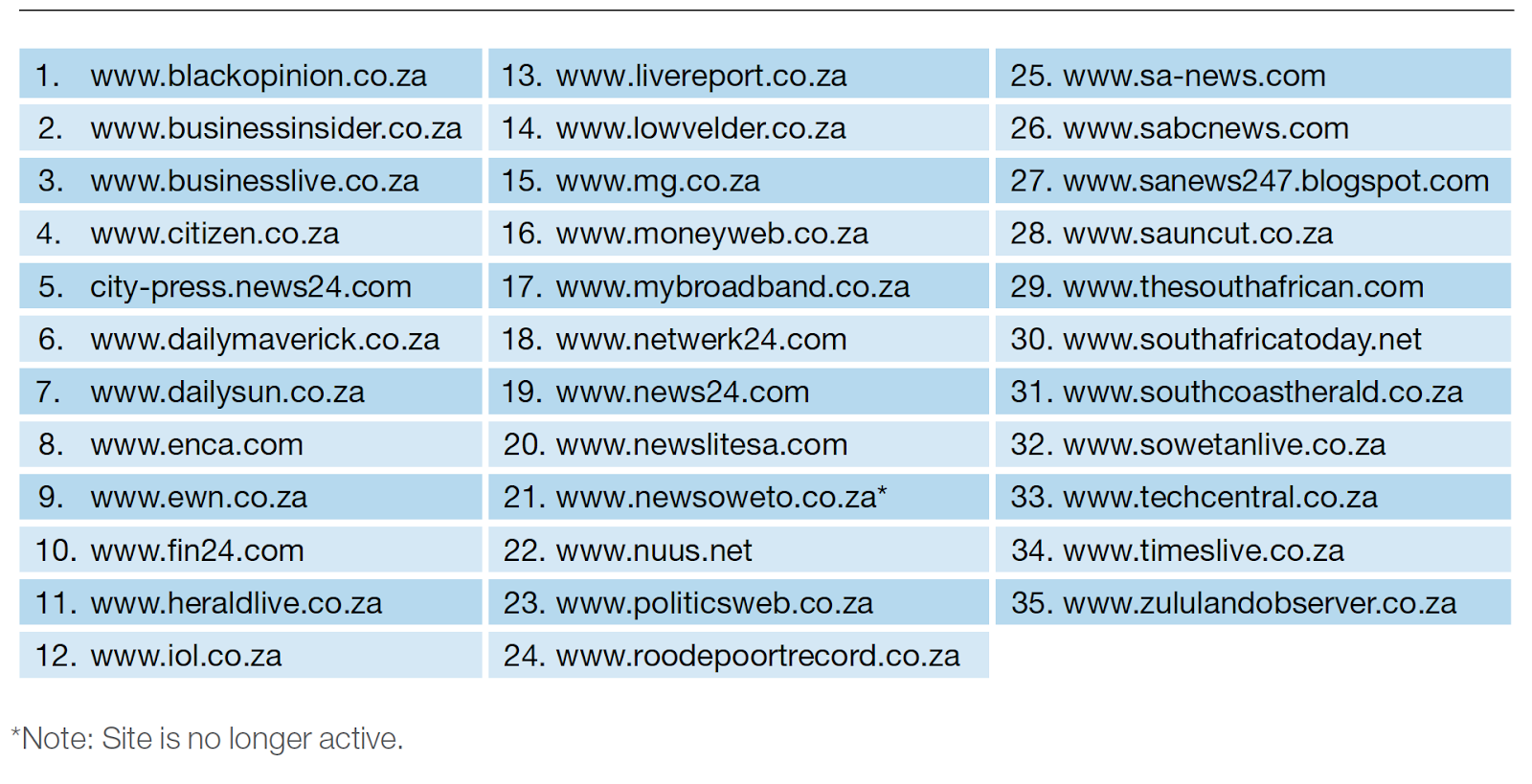 Only three sites in this study received a minimum risk rating: fin24.com, news24.com and sabcnews.com (See Figure 2). They had near perfect scores in terms of content, and operational checks and balances. Both of these sites belong to the same media company, but other sites belonging to the same group did not score as highly.

An additional 15 sites were rated with a ‘low’ level of disinformation risk. These sites also score well overall for publishing non-sensational content, but lack a few critical operational checks and balances required for running an independent and accountable newsroom.

Despite these positive findings, however, the rest of the market sample in South Africa largely presents high risks. While 20% of the sites were assessed as medium risk, a more concerning 28% of sites had high or maximum risks of disinformation.

Seven sites received a high disinformation risk rating, while four sites had a maximum risk rating. These sites often publish biased content which creates an opportunity to manipulate audiences. These same sites publish stories not covered by other outlets—at times as exclusive investigative stories or in community-specific context—and publish in Afrikaans, with the potential to create informational asymmetries for certain groups in the country.

These findings and more are highlighted in our media market report for South Africa.

The report applies the GDI methodology for assessing disinformation risk in three areas: the reliability of the site’s content, the site’s operational checks and balances, and how informed online readers perceive the overall context of the sites.

The overall market risk score across the three pillars for South Africa is 60 (see Figure 3). South Africa is one of seven countries assessed in 2020 using this methodology, and scores higher than Germany, France, Latvia and Argentina.

The report’s findings serve as a roadmap to address the risk areas that were found. Suggested measures include:

GDI looks forward to working with news sites and media bodies in South Africa to advance these policies and other actions that will create a solid defense against disinformation risks.

The Online News Market in Kenya

The Global Disinformation Index and Code for Africa have released a new study on the disinformation risk ratings for 29 of Kenya’s most popular news sites.

GDI has examined the current legislation approaches of a dozen countries to address the problem of disinformation. Our study provides an overview and captures the gaps in the approaches of these governments that need to be addressed.

The Online News Market in Nigeria

The Global Disinformation Index (GDI) and Paradigm Initiative have produced an overview of disinformation risk ratings for 34 of the most visited media sites in Nigeria.